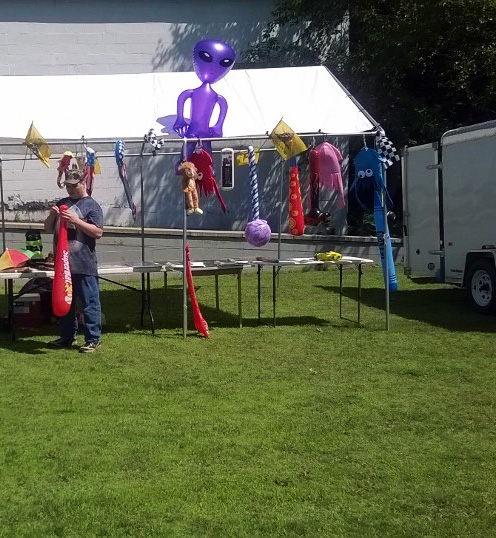 At the age of ten, a young man, Jon Thomas decided that he would one day own his own concession business.   Fourteen years later, Jon has made that dream a reality, becoming the successful owner of Jon’s Concessions.

Eager to start his own business, Jon began researching and learning how to form and manage a concession business.  His research and learning paid off.  The next summer, armed with a keen business mind, a unique ability to understand his market, a monetary gift from his grandmother, and good old fashioned motivation, Jon launched Jon’s Concessions.  Cowboy hats, wallets, and baseball caps were among some of the first items Jon purchased to sell at local fairs and festivals.

New Baltimore’s Agfest, was the first venue for Jon’s Concessions, and from there, it took right off!  Jon reinvested his initial profit, buying more novelties to sell. As Jon continued to work all summer long, participating in several local venues, such as the Greene County Youth Fair, his business grew.

The following two years, Jon’s Concessions did well at the popular, Altamont Fair.  However, after two years; Jon made the decision to resume only doing business at local, free events.   “It made more sense to me to stick with the smaller, free events, because parents are more willing to buy things for their kids if they don’t have to pay to get in”, Jon reasoned.

A mere four years after starting Jon’s Concessions, Jon had enough profit to purchase a trailer for his business, and it continues to grow.  Jon enjoys owning and managing Jon’s Concessions because it allows him to travel and meet new people.  His advice to anyone wanting to start their own business is, “Keep investing, and keep your business new and fresh!  You have to do a lot of work, but it’s worth it if it’s what you want to do.”